Principal
Bob started Bell-Herring in 1974 with partner John Herring, and the company was among the first contractors to work on the Slope for Alaska’s growing oil industry. In 1980, Herring retired, and Bob bought his half and renamed the company F. Robert Bell and Associates. He serves as the firm’s principal in charge as well as senior civil engineering and professional land surveyor. He has more than 40 years of civil and land surveying experience in maritime, Arctic, sub-Arctic and temperate regions of Alaska. His extensive experience working as a contract and quality assurance/quality control (QA/AC) manager for projects throughout Alaska has aided in the firm’s growth and success.

In his free time, you can catch Bob flying his Cessna 185 floatplane, hunting, fishing or handing out his self-written novels.

Chief Technical Officer
Civil Engineer & 3D Scanning Manager
Chris has been with BELL for over 15 years. As a 3D-laser scanning guru, he developed our scanning department into what it is today. Chris serves as our senior civil engineer and 3D scanning manager, providing quality assurance and quality control on all surveying projects requiring 3D scanning. He is proficient with the use of multiple types of terrestrial laser-scanning equipment and their associated processing software. He has performed surveys in Alaska and overseen using this cutting-edge technology for over 10 years, the majority of which has come in the oil and gas industry. He holds a Bachelor of Science degree in civil engineering from the University of Alaska Anchorage.

In Chris’s leisure time you can catch him remodeling houses around the Anchorage Bowl, golfing and spending him with his wife and two daughters.

Chief Executive Officer
Frank was born and raised in Alaska and began working for BELL in 2004 as a land surveyor out of our Prudhoe Bay office. Over the next eight years, Frank worked for BELL all over the North Slope, gaining extensive experience in construction, oilfield and pipeline surveying. After graduating from college, he took a 2 year break from BELL to attend graduate school, during which he worked in the field of mental health, helping providers to implement case-management strategies and consumer support services. Frank attended Washington State University and Alaska Pacific University and holds a Master of Science degree in psychology. He brings a unique blend of construction-surveying experience and program management to the BELL team.

When he is not at work he enjoys hunting, fishing, golf, home brewing and going on adventures with his girlfriend and his dog. 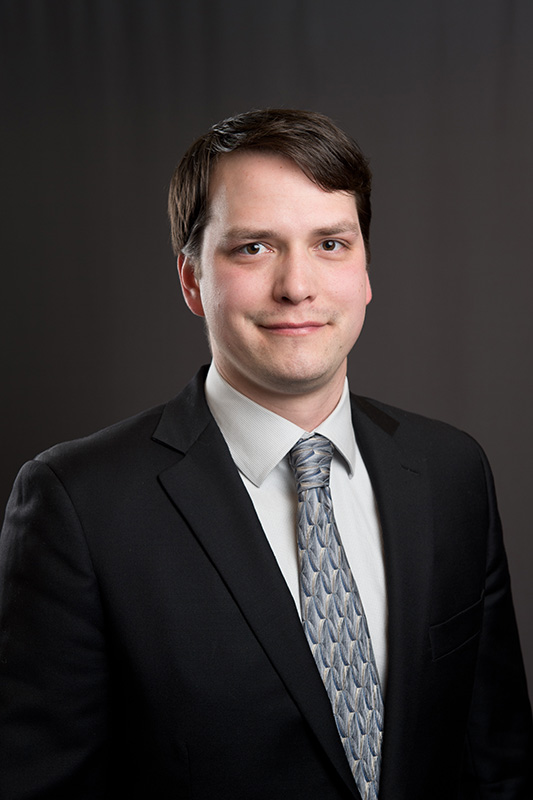 Chief Financial Officer
Kyle has over eight years of professional experience in business, which includes entrepreneurial finance, health services and manufacturing.  He attended Portland State University and obtained a Master of Science degree in business administration from the University of Memphis. Kyle is involved in the Anchorage business community and serves on the Anchorage Chamber of Commerce finance committee. In his spare time, he enjoys fly fishing, playing outdoors with his wife and two huskies, and playing hockey.

Controller
Alvin was born in the farmland of Illinois. He received a B.S. in Zoology from Western Illinois University. Alvin wanted to pursue his lifelong dream of going to Alaska, so he continued his education at the University of Alaska, Fairbanks and was hired as a Fisheries Biologist with the Alaska Department of Fish and Game between 1975 and 1979. He married Molly Hootch of Emmonak, Alaska. The next 35 years of their life was settled in Bemidji, Minnesota where Alvin was store manager for United Building Centers and eventually worked as manager in an accounting firm as a Certified Public Accountant. Alvin and Molly decided it was time to move back to Alaska in 2014. Alvin, not being ready for retirement, so he took the opportunity to join BELL in September of 2014 as the Controller. At BELL, he is responsible for the operations of the accounting department.

During his free time, Alvin enjoys running, biking, and cross country skiing, with a special emphasis on berry picking with Molly on the nearby tundra surrounding Eagle River.

Senior Mechanical Engineer
Other than Bob, Dave is the most senior employee at BELL with over 23 years of experience. Dave graduated in 1985 from Oakland University in Rochester Michigan in 1985 with Bachelor of Science degree in mechanical engineering. In 1994, he obtained a Master’s of Science in Engineering Management from the University of Alaska, Anchorage. His education has continued throughout his career as he has kept up on the changing materials and products used in modern construction, as well as the ever changing building codes. Upon graduation, Dave entered Officer Training School with the United States Air Force, and served for about seven years as a USAF officer doing base civil engineering, leaving as a captain at the end of 1992. During his 23 plus years with CMH Consultants, now under BELL, He has designed projects ranging from hospitals to air craft hangers.  As the senior mechanical engineer, Dave is responsible for design project management.

When not at work, Dave can be found with his children doing things in the great outdoors: hiking, exploring, camping, skiing, fishing, or just hanging out with their many pets.

Civil Engineer
Vivian graduated with a Bachelor of Science in Civil Engineering from Mapua Institute of Technology in the Philippines. She is a registered Civil Engineer in the Philippines and was working as an engineer until she moved to Alaska in 1996 after getting married. Having moved to a new place, she never thought that Alaska would give her the opportunity to continue to practice engineering so she pursued other opportunities and managed multiple retail stores at Ted Stevens International Airport for six years. In 2002, she decided to try again a career in engineering and worked as a Civil Designer/Cost Estimator for over a decade in one of the engineering firms in Alaska. But it was in 2013, when she started working at BELL as a Civil Designer that gave her the motivation and inspiration to try in becoming a registered engineer. She recently passed her Engineering Exam making her a registered Civil Engineer with the state of Alaska in December of 2016!

When Vivian is not in the office, she loves spending time with her husband and their son. They love watching movies and playing board games together. At home, she fills much of her time cooking and organizing. She also loves gardening and takes advantage of the short Alaska summer to plant vegetables in her garden.

CADD Technician
Werner was born in Peru and moved to Alaska at age 9, and has lived in this state since. He attended the University of Alaska, Anchorage were he graduated with a Bachelor of Science in Geomatics, with an emphasis in Land Surveying. Werner has been a part of the BELL team since 2011, first working out of the Prudhoe Bay office for three years and now in Anchorage. In Prudhoe Bay, he provided many different surveying services to the pipeline/oilfield. One of the projects that stands out the most to Werner was the study of the subsidence of pads due to the thawing of permafrost. Now in Anchorage, he supports services for boundary surveys, as-built surveys, design surveys, construction surveying, and platting. Werner was also heavily involved in a large natural pipeline project supporting environmental field technician teams by providing them with a network of control points that were used for the purpose of checking their GPS measured horizontal positions. Static GPS, RTK, baseline post-processing, network adjustments, and GIS are some of the tools that were used for this project. Currently, Werner is working on getting the necessary experience in order to take the exam to become a licensed surveyor.

Werner spends most of his free time being a father of a beautiful baby girl. When she gives him a break, he likes to watch soccer, the news and movies. During the summer, he enjoys biking and playing tennis.

UAV Technician
Greg is proud to be a lifetime Alaskan! He spent five years at Oregon State University for a business management degree then returned home to be closer to family. Greg has spent a handful of years in different administrative positions, but realized it wasn’t for him. He enjoys working on projects and working outdoors so taking some advice from a friend, he decided to pursue surveying as a career. Greg is a graduate of the Geomatics programs at University of Alaska Anchorage.  He believes he made the right choice because he truly enjoys what he does. Greg values the days he gets to go out in the field and has become a valuable asset to BELL.

When Greg is not working or studying, he is usually out and about fishing and camping.

Office Manager
Born and raised in Idaho, Tab choose to move to Alaska in 2014 to be near his daughter and grand kids.  Growing up in a family-owned oil business, Tab went from driving fuel trucks to the owner/manager with over 25 years of experience in all aspects of the business. After leaving the oil company, Tab received formal education in Internet Marketing and Web Page Development, helping him to build and market a  herbal medicine internet business. Several years later, he took the position of full charge bookkeeper at a landscape business with duties that branched off into being the estimator for pool installations as well as the landscaping projects.  Whether it was teaching young kids about GOD or helping them develop their skills in soccer and baseball to volunteering with needs of our senior citizen population, Tab thinks his experience was amazing and is very humbled and blessed by the years of service.

Other than enjoying his free time with his grand kids, Tab enjoys photography, fishing, hiking and traveling.

Surveying Intern
Mathew is currently an intern at BELL. A 23-year-old, born and raised in Anchorage Alaska, Mat attends UAA full time pursuing a degree in Geomatics, with Engineering and Surveying as his concentration.

He loves to spend his summer vacations outdoors hunting, fishing, camping, etc. Mat enjoys watching and participating in almost any sporting event indoor or outdoor, and tries to stay active in the gym as much as possible.